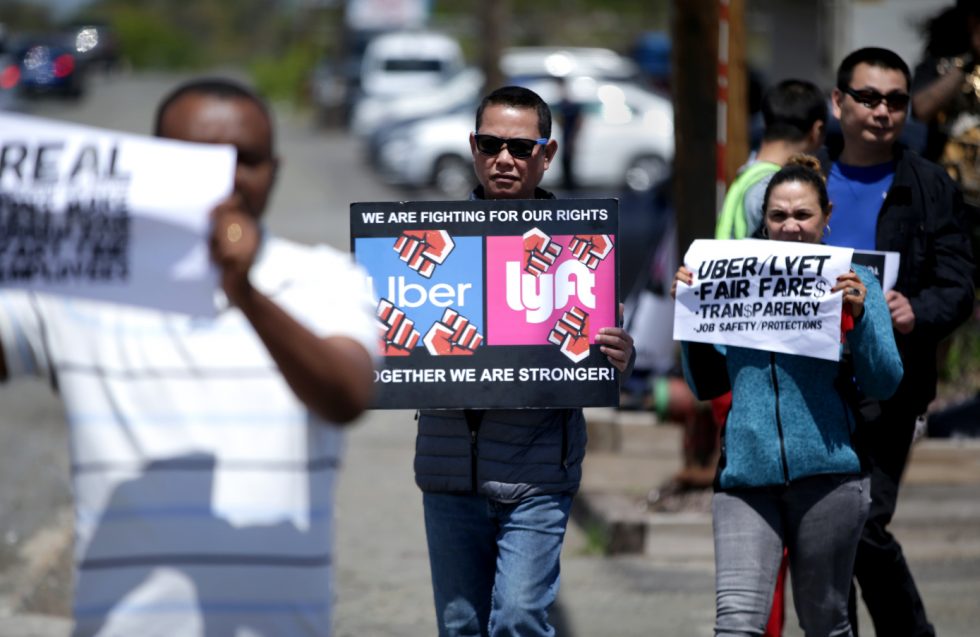 Uber and Lyft are both facing another lawsuit from the office of the California Labor Commissioner alleging wage theft. Filed today, the suits argue both Uber and Lyft are misclassifying their drivers as independent contractors and aim to enforce the labor practices set forth by AB 5.

“The Uber and Lyft business model rests on the misclassification of drivers as independent contractors,” California Labor Commissioner Lilia García-Brower said in a statement. “This leaves workers without protections such as paid sick leave and reimbursement of drivers’ expenses, as well as overtime and minimum wages.”

The goals of the separate suits are to recover the money that is allegedly owed to these drivers. By classifying drivers as independent contractors rather than employees, both Uber and Lyft have not been required to pay minimum wage, overtime compensation, nor have they been required to offer paid breaks or reimburse drivers for the costs of driving.

AB 5, which went into law earlier this year, outlines what type of worker can and cannot be classified as an independent contractor. The law codifies the ruling established in Dynamex Operations West, Inc. v Superior Court of Los Angeles. In that case, the court applied the ABC test and decided Dynamex wrongfully classified its workers as independent contractors.

According to the ABC test, in order for a hiring entity to legally classify a worker as an independent contractor, it must prove the worker is free from the control and direction of the hiring entity, performs work outside the scope of the entity’s business and is regularly engaged in work of some independently established trade or other similar business.

These suits are seeking for the court to order Uber and Lyft to classify their drivers as employees and provide them with all the protections that come with being a W-2 employee.

“For years Uber and Lyft have been stealing wages and exploiting every legal loophole they can to avoid paying drivers what they deserve,” Transport Workers Union President John Samuelsen said in a statement. “It was shameful before and it is even more shameful now, during the middle of a pandemic, that we have allowed wealthy companies to get away with this. This lawsuit is an essential part of holding these companies accountable and protecting drivers’ rights.”

These new lawsuits come just months before Californians are set to vote on Prop 22, a ballot measure backed by Uber, Lyft and others. The ballot measure looks to implement an earnings guarantee of at least 120% of minimum wage while on the job, 30 cents per mile for expenses, a healthcare stipend, occupational accident insurance for on-the-job injuries, protection against discrimination and sexual harassment and automobile accident and liability insurance. Most notably, however, it would keep drivers classified as independent contractors.

“[…]as this lawsuit clearly demonstrates, Sacramento politicians are more interested in the wishes of their special interest donors than the will of the vast majority of drivers and are intent on stripping drivers of the freedom to choose independent work,” the Yes on 22 campaign said in a statement. “This coordinated effort by all levels of government to run a politically motivated campaign will hurt the state at the worst possible time.”

This site uses cookies to improve your experience. By browsing it you express that you agree with the legal notice. Read MoreAccept
Manage consent

This website uses cookies to improve your experience while you navigate through the website. Out of these, the cookies that are categorized as necessary are stored on your browser as they are essential for the working of basic functionalities of the website. We also use third-party cookies that help us analyze and understand how you use this website. These cookies will be stored in your browser only with your consent. You also have the option to opt-out of these cookies. But opting out of some of these cookies may affect your browsing experience.
Necessary Always Enabled
Necessary cookies are absolutely essential for the website to function properly. These cookies ensure basic functionalities and security features of the website, anonymously.
Functional
Functional cookies help to perform certain functionalities like sharing the content of the website on social media platforms, collect feedbacks, and other third-party features.
Performance
Performance cookies are used to understand and analyze the key performance indexes of the website which helps in delivering a better user experience for the visitors.
Analytics
Analytical cookies are used to understand how visitors interact with the website. These cookies help provide information on metrics the number of visitors, bounce rate, traffic source, etc.
Advertisement
Advertisement cookies are used to provide visitors with relevant ads and marketing campaigns. These cookies track visitors across websites and collect information to provide customized ads.
Others
Other uncategorized cookies are those that are being analyzed and have not been classified into a category as yet.
SAVE & ACCEPT